One of my greatest pleasures is the study of Afro-Latino culture. In September, I had a wonderful opportunity to write about the African contribution to Hispanic Heritage for one of the oldest black newspapers in the United States, New York Amsterdam News. The newspaper, which was founded on a $10 investment more than a century ago, has a distinguished history of being at the forefront of covering major issues and events involving people of African descent.

What an honor to share the article with you! 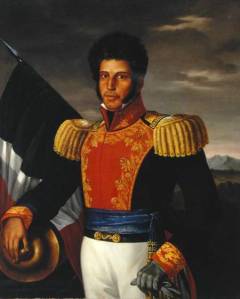 For more than 500 years, Africans and their descendents richly contributed to the fabric of Latin American society. During the Middle Passage, an estimated 12 million enslaved Africans were shipped to the Americas. Of this group, less than 10 percent were brought to the United States. The overwhelming majority were transported to the Caribbean and Latin America, where they provided free labor under exceptionally brutal conditions. They worked on cattle ranches in Brazil, in mines in Colombia, on sugar plantations in Ecuador and in other areas throughout the region.

END_OF_DOCUMENT_TOKEN_TO_BE_REPLACED

“We need to look deeper into our Africanness to understand ourselves,” says Dr. Marco Polo Hernández, a professor of Spanish and Afro-Hispanic studies at North Carolina Central University, in a recent phone interview. Mexico’s African heritage is not normally discussed or highlighted in conversation, or even education. But, Dr. Hernández, who holds a Ph.D. in Hispanic and Italian Studies from the University of British Columbia, a M.A. in Spanish Language and Peninsular and Latin American literatures, and a B.A. in General Studies & Spanish language and literatures from Portland State University, says that is slowly starting to change. END_OF_DOCUMENT_TOKEN_TO_BE_REPLACED