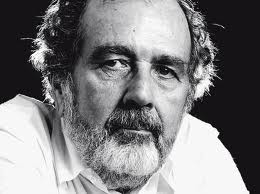 So much of Brazil’s dazzling culture, its personality, traditions and tenor, have roots steeped in the country’s African heritage. Brazil has been greatly endowed with a culture that shines due in large part to the nearly four million enslaved Africans brought to the country, beginning around 1500–until slavery officially ending in Brazil in 1888.

Samba originated among the country’s Afro-Brazilian population. Pele revolutionized soccer. Capoeira continues to amaze with its athleticism, power and grace and no other country comes close to putting on an annual party as spectacular as Carnival. 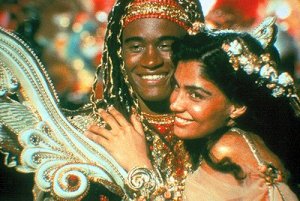 Despite these remarkable contributions to the soul of a nation, seeing Afro-Brazilians on the silver screen was a rarity until Brazilian Director Carlos Diegues began his filmmaking career in 1959. Mr. Diegues’ reputation was advanced because he was one of the filmmakers of Cinema Novo, a 1960s and 1970s Latin American film movement. Using a documentary filmmaking style, Cinema Nova promoted human rights, specifically advocating social justice and racial equality. 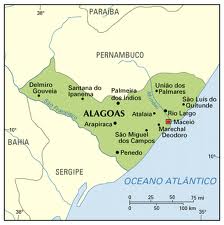 Originally from Alagoas (northeastern Brazil), Diegues grew up completely infatuated by cinema. As a child he loved going to the movies. He was mesmerized by films. As he told a Cannes Festival Website, “The first time I went to the cinema, I was six. I looked at the screen, and I was totally hooked. In fact I was simply astonished and I thought, “Don’t touch the screen or you’ll get stuck. But I’m still stuck!”

During his early childhood, Carlos Diegues learned about the value and significance of Afro-Brazilian culture through fantastical stories.

His Afro-Brazilian nanny vividly narrated for him the story of Zumbi (The last leader of the Quilombo do Palmares located near Pernambuco, Brazil. Quilombos were settlements of escaped slaves in Brazil.) Diegues remembers, “She used to tell me that he (Zumbi) was still alive and could fly.” From childhood, Carlos Diegues strongly believed history and mythology could go together. As a filmmaker, he often fuses the two.

And as the son of an anthropologist, his father “…always told me that the African influence in Brazilian culture was very important.” Mr. Diegues adds, “Undoubtedly I’ve always been interested in Afro Brazilian culture but I think that even if the Afro descendent people were the social, poor people in Brazil, they were very strong in terms of the culture. African people were slaves until 19th century and they became the poorest people in the country but at the same time their culture represents the Brazilian culture…you know the Samba, soccer, the carnival. I was very much interested, intrigued by the fact that those people who suffered so much, that had a lot of pain during centuries, they made a culture that was stronger, stronger than the European culture in Brazil.” 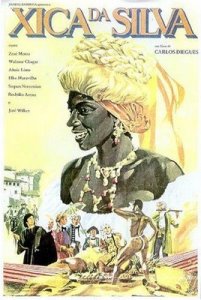 In a career spanning five decades, Mr. Diegues was honored with a film retrospective at The Film Society of Lincoln Center in New York City from April 12 – April 18, 2013. This groundbreaking director is credited with being one of the first Brazilian filmmakers to tell the stories of the Afro-Brazilian experience on the silver screen.

Perhaps one of his most celebrated films is the 1976 “Xica da Silva,” the screen adaptation of the João Felicio dos Santos book, Memórias do Distrito de Diamantina. The story centers around the real life of Xica da Silva, a former 18th century slave from Minas Gerais, Brazil who becomes the wealthy mistress of Portuguese mine owner in Brazil, João Fernandes de Oliveira. Mr. Diegues shares his experience in the filmmaking process, “I didn’t know particular things about her, so I could mix myth and history about her.” After the film’s release, it would become Brazil’s 1977 entry for the Academy Award in Best Foreign Language Film but the process of making and distributing the film was very challenging.

He was told by a film distributor, “Black people doesn’t make money in the cinema.”  In response Diegues explains, “I felt like this wasn’t true, the process was very difficult. I had a producer who understood what I wanted to make, people always saying that ZeZe Mota (Xica da Silva actress) couldn’t make it. I always make things that people say can’t work… I was absolutely sure that I had to make this film. I gotta make this. I made it with a very happy kind of spirit. I thought that we needed this kind of film, someone who was a slave and became sort of a queen, but only by her virtues. It was something I was fascinated by.” 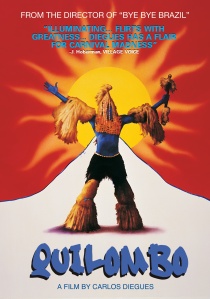 Eight years after the release of Xica da Silva, Mr. Diegues directed the 1984 film Quilombo, the story of Brazilian slaves who fled a sugar plantation to settle in the Quilombo dos Palmares in Northeastern Brazil. The film recounts the tale of the real life Quilombo dos Palmares, a structurally complex community of mostly former slaves which also welcomed Jews, Muslims, Indians and poor whites. At its pinnacle, the Quilombo dos Palmares had a population of 10,000 – 20,000 residents. It existed for nearly 100 years from 1600 – 1694. Led by it’s last leader Zumbi, a fearless soldier and exceptional military strategist, he led the Quilombo in a battle against the Portuguese for control of the settlement. In preparation for the film, Diegues says, “I was helped by a lot of professors and teachers, specialists in that kind of history. I tried to be very, very close to reality. For Quilombo we had many documents. Quilombo is not only a film about the past but also about future, it’s a utopia, what Brazil could be if we had a Zumbi today.”

Orfeu, Carlos Diegues 1999 production, is based on the book Orfeu da Conceição and also inspired by the 1959 Brazilian film Black Orpheus; both based on the legendary Greek tragedy of Orpheus and Eurydice. Diegues’ version is set in Rio de Janeiro during Carnival.

Carlos Diegues’ work behind the camera as a director has created numerous roles for Afro-Brazilian actors in front of the camera.

When asked the state of opportunities for Afro-Brazilians in film and television, Mr. Diegues says things are changing. “It’s getting better. Brazilian cinema has a role in the progress of it. (Brazilian TV) finally understood that Afro-Brazilians could be good actors, not just the maids and butlers. It’s changed, really changed.”

Carlos Diegues is a change maker whose imprint on film is helping to tell the Afro-Brazilian story.