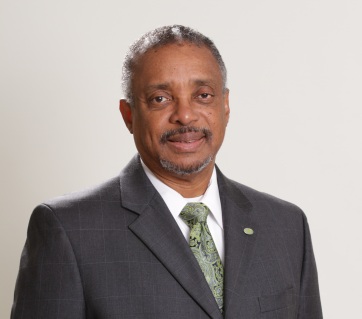 On May 12, 2017, Kim Haas, founder of losafrolatinos.com, interviewed by phone, Dr. Nelson Colon, President and CEO of the Puerto Rico Community Foundation based in San Juan, Puerto Rico. Dr. Colon is an anthropologist and educator. He has an MA in Cultural Anthropology from the State University of New York and a Doctorate in Education from Harvard University.

Under his leadership, the Foundation has initiated the following programs: the Middle Schools Renewal Initiative; the Community Housing Development Organizations Program; the Institute for the Development of Philanthropy, the Economic Development Consortium, and Educational Transformation 2014.  The Foundation’s mission is to develop the capabilities of poor communities in Puerto Rico so they are able to socially transform themselves and achieve sufficiency. (Guidestar.org. 2017)

Why is it important to tell the story of Afro-Latinos, particularly Afro-Puerto Ricans?
DR. COLON: Several reasons, one is the history of Afro Latinos. The story that has been told about that history is about slavery. That’s a story about limitations of Afro Latinos and Afro descendants throughout the Caribbean.

So, I figure it’s important to develop a new narrative about what is our (Afro Latinos) contribution to developing this country into what it is now. There needs to be a description about the contribution of Afro Latinos to the total culture in Puerto Rico and the development of the country, right now. It circles back to promoting an America based on ethics.

Do you know how many people identify themselves as Afro Puerto Rican or acknowledge some African heritage?
DR. COLON: I do not have a sense of numbers, just by visual observation. It easy to say Puerto Rico is a brown country. Puerto Rico’s population is deeply of African descent. Very few people would be considered as white. The African descendant lineage is very present, and more importantly, we are basically an Afro descendant group. We are a Caribbean country, and we claim that as one of our distinguishing features.

As an anthropologist, what did you learn about Puerto Rico and its African Roots?
DR. COLON: I have a take away. We (Afro Puerto Ricans) are a key component of the fabric of Puerto Rican culture. Puerto Rico would not be the same if the African component had not been present. We are nylon in the culture precisely because of our African heritage.

Basically, it’s (Africa) our fundamental thread of connection. You can see the significance of that when you see white people, black people dancing Bomba and Plena (two of Puerto Rico’s traditional dances, both with African influences.)

Our African roots in many ways, are the heart of what Puerto Rico is. We have our African descendant roots which connect usand that makes us a Caribbean country. This makes us who we are. The African component connects us to the rest of the Caribbean.

Where in Puerto Rico were you born? What did you learn as a young boy about the being of African descent in Puerto Rico?
DR. COLON: I am from Ponce, the southern part of the island (Puerto Rico). So, growing up,  I had a sense of pride as a black person in Puerto Rico. I also had a sort of protective behavior against discrimination and the race system. You (as a person of African descent) need to have a clear understanding where you’ll be discriminated, the places, school, social interactions, and with people, everything and everywhere. My mother really taught us to have protective behavior. You need to protect yourself against discrimination, interactions with police forces, in school, in corporate and in public places.

In hindsight, as a person of African descent, what are your thoughts about the advice you received?
DR. COLON: As a man in anthropology, I can tell you that it circled back to the basic parental role. You (as a parent) need to secure the physical survival of your offspring. You need to secure your social survival and psychological survival. So those protective behaviors really are focusing on making you an able person to function effectively in a society that has racist systems which create barriers and other sorts of discrimination.

As an African American, I recognize that many people are unaware of the Afro-Latino presence throughout the Americas. What kind of reactions do you receive when people learn you are from Puerto Rico?
DR. COLON: I can describe it with a few examples. First, “Naw, you’re not (Afro-Latino). Second, “Where did you get that funny accent?” The problem is many people don’t think of Puerto Ricans as having African descendants. It’s difficult. Most people don’t realize or understand that. The same thing happens throughout Latin America, in Colombia, in Nicaragua and other places. My experience is Afro Latinos need more experiences in leadership.  Leadership is vital. It’s important for Afro Latinos to enlarge our leadership skills.

Are there barriers to realizing this?
DR. COLON: First, the lack of recognizing, understanding and appreciating that there are Afro Latinos. Second, there is a concept about pigmentation or color cast system. Essentially, this means the lighter your pigment, the more acceptable you’re going be within the structure of society. My sense is that these become increasingly complicated. That’s what I call another barrier.

Those are a whole different set of skills that need to be developed. I welcome the opportunity to work with African descendants in any place, in the world, so we can expand and construct our notion of leadership and make equity a reality.

Inequality
In the US, it is said, “When there is an economic decline or depression, African Americans suffer the most.” What are you seeing now as Puerto Rico is going through major economic challenges?
DR. COLON: When you look at municipalities where the Afro descendant population is more present, those are too often tied to the municipalities that don’t have resources. They are the poorer municipalities. When you look at the inequity continuum, those are the places where inequity’s impact is the most severe. Not only in financial terms and land titles, but also in terms of access to justice and access to health services, that’s where you see the more dramatic differences between one segment of the population and the other segment of the population.

Help our readers identify which communities you are referring to?
DR. COLON: Looking at the east coast mostly Carolina going on to Loíza, to Pámpanos then you connect with Rio Grande I would say the eastern half moon of Puerto Rico.

The Movement
Are you working on any projects regarding leadership and the African Diaspora?
DR. COLON: Yes, we are working to connect leaders, Afro American leaders and leaders from the African Diaspora with Afro Puerto Rican leaders, building equity in Loíza.  So if we want to test equity-building strategies, if we want to test new approaches and follow the results, small places (Loíza) provide an opportunity to do that.

Who’s involved in creating equity building?
DR. COLON: Corporate, Non-Profit, Foundations, Educational leaders all those who share the hope that we have the potential and the right for self-development and equity building. We’re creating a space for conversation to develop a new narrative around building equity. That’s the uniqueness of this approach.

Tell us more about what’s happening in Loíza.
DR. COLON: Basically we (the Foundation) are working with the community in Loíza and we’re looking for Equity Development, Environmental, Land Title, Education, and Economic Security and Affordable House. We are looking at those five areas for Voices of Men of Color as well. We want to accomplish the vision in every single young person going to high school or equivalent. We’ll be able to have a clear path regarding their equity building strategies in these five areas. We’re in the beginning stages. We have a strong community engagement. The basic strategy is to create a strong network of institutions, non-profits organization from Loíza, from NY and other places that will serve as a safe place for young people in Loíza. Walking through your life’s path, you’ll always have a platform to rely on to move forward. The notion is every single young person, in Loíza connects with somebody, an institution, a community college, a non-profit organization to rely on, in order for them to move forward.

The Puerto Rico Community Foundation hosted an Afro-Latino Forum earlier this year. What was the outcome?
DR. COLON: We had a meeting with the American Black Foundation Executives from the US and Hispanics in Philanthropy. Basically, the common connective thread is building equity for African descendants. These are segments of the population that have been robbed of their equity. We need to develop a common agenda about equity building strategies. That’s what came out of that meeting.

Also, we were successful in terms of engaging our Afro American brothers and sisters, concretely seeing the connection, in specific places like Loíza. That was the beginning of our conversation, understanding that we are connected through our African roots. That was a very powerful learning experience, at that meeting, Blacks in the United States and Afro descendants in Puerto Rico.

Will you have a forum next year?
NELSON: Not sure but possibly every two years. We haven’t decided yet. Every year people continue to re-engage. We’re not there, yet.

Anything you want to add about Afro Puerto Ricans?
DR. COLON: I want to reemphasize this whole notion of developing a common agenda between Afro American and Afro Caribbean people. That is the common thread and it is one of our major efforts. We need to develop that to its full potential. It’s very difficult because that is an agenda that is challenged by many fronts but I think there is an opportunity to look for that common thread (Africa) for equity building strategies for African Americans and Afro Caribbeans.

Moving Forward
Where would you like the “movement” to be five years from now?
DR. COLON: People in Loíza will have moved forward for land title meaning building your family’s equity. Every single child in Loíza will have received an academic curriculum. That means when every single child that graduates from high school will have a clear path regarding their future life. There will be a path for those young people, whether its self-employment, college, community college, vocational school, but there will be a safe path for those young people. When you look at Los Pámpanos, their environment will be cared for, protected and they will become an economic asset for the people in Loíza. In those four or five areas I would like to see major changes, supporting equality.

What motivates you to continue moving forward on this mission with the challenges you confront?
DR. COLON: I think that we need to be conscious of the context that we have and live in. We live in part of a territory and one of the most unequal countries in the world. Within that context, Puerto Rico has the highest index of inequality within the US economy. For me it is very clear. The most immediate and effective way to fix that inequality is to start working very, very rapidly on building equity in several fronts. For me, it is a matter of who is paying attention and on which issues are we working and the importance of sticking together.

From: Uncategorized
← Military Police Theater Group of Bahia
Sepia Memories – Part I →
No comments yet